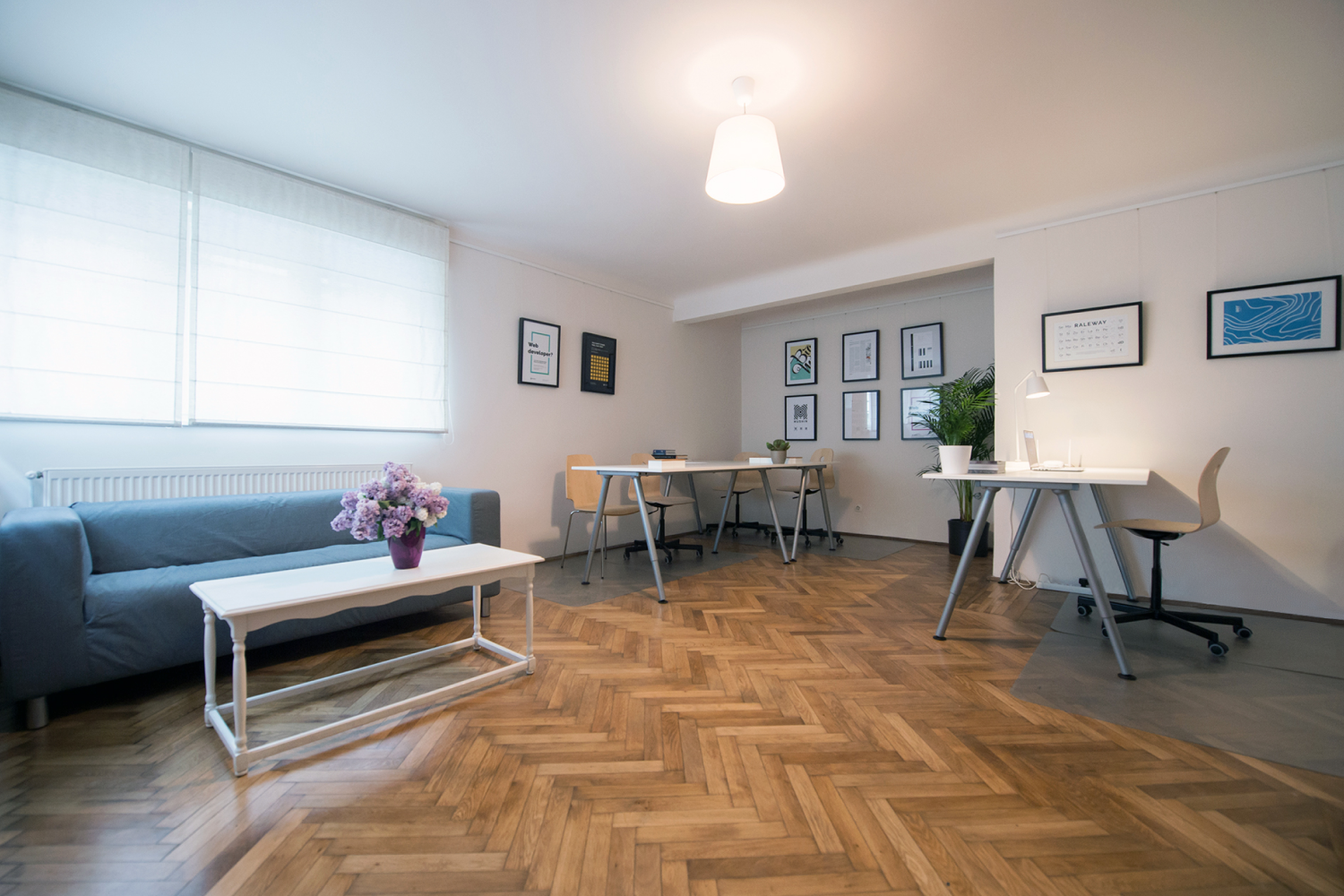 Fun is meant to be shared

You wake up past noon, grab a sandwich and you settle on your favorite spot on the couch. You read your emails while you enjoy a (hopefully) fresh cup of coffee and start working on your projects. You keep checking your phone craving for some interaction, but you know all your friends are at work and they can’t spend that much time on Instagram as you do. Your cat comes awhile and you try to complain to her about the feedback you just received from that moody client. You listen to “Under Pressure” on repeat every time you are really close to a deadline but you have to finish that last level of Clash Royale. You text your mother every time you get a new client even if she has no idea what you are doing.

Freelancing is fun, chaotic, fascinating, overwhelming, amazing. Since we met so many of you and we truly appreciate your work, we thought we can make things easier for you.

Well, we have an offer you can’t refuse. We found this open place just one floor beneath High Contrast office and we decided to keep it open. If you are a freelancer and you work mostly from home, we invite you to drop by.https://player.vimeo.com/video/216825495

Demisol is an open space where you can work at your own projects together with others freelancers from Brasov, Romania. You just have to bring your laptop and your enthusiasm, we'll take care of the rest.

And what if we offer it for free?

You can now enjoy your (definitely) fresh coffee in a cozy office, surrounded by creative and eager minds, just like yours. Or you can share the latest design trends with someone who is really into typography. Remember when you were looking for a developer to make that idea work? Well, you can extend your network just by hanging out in a cool place.

Who can jump in?

We see this place conquered by designers, developers, copywriters, architects, illustrators, writers - basically anyone who works in the creative industry and needs some interaction from time to time.

What’s in for us?

We are in the creative industry in Brasov, Romania for 15 years and we think it's time to show some support for the brave ones. If you are familiar with our Get to know us! event, you know that we just want to meet you. At least for now (we'll recruit you later).

There’s a limit of seven desks for now, so you should be fast and bold. Claim a desk and tell us who you are, what you do and why would you like to hang around. We will get in touch with you shortly and set you up. To make sure we match, please read The rules before applying. The deadline for the first group of applicants is May 20th. So hurry up! 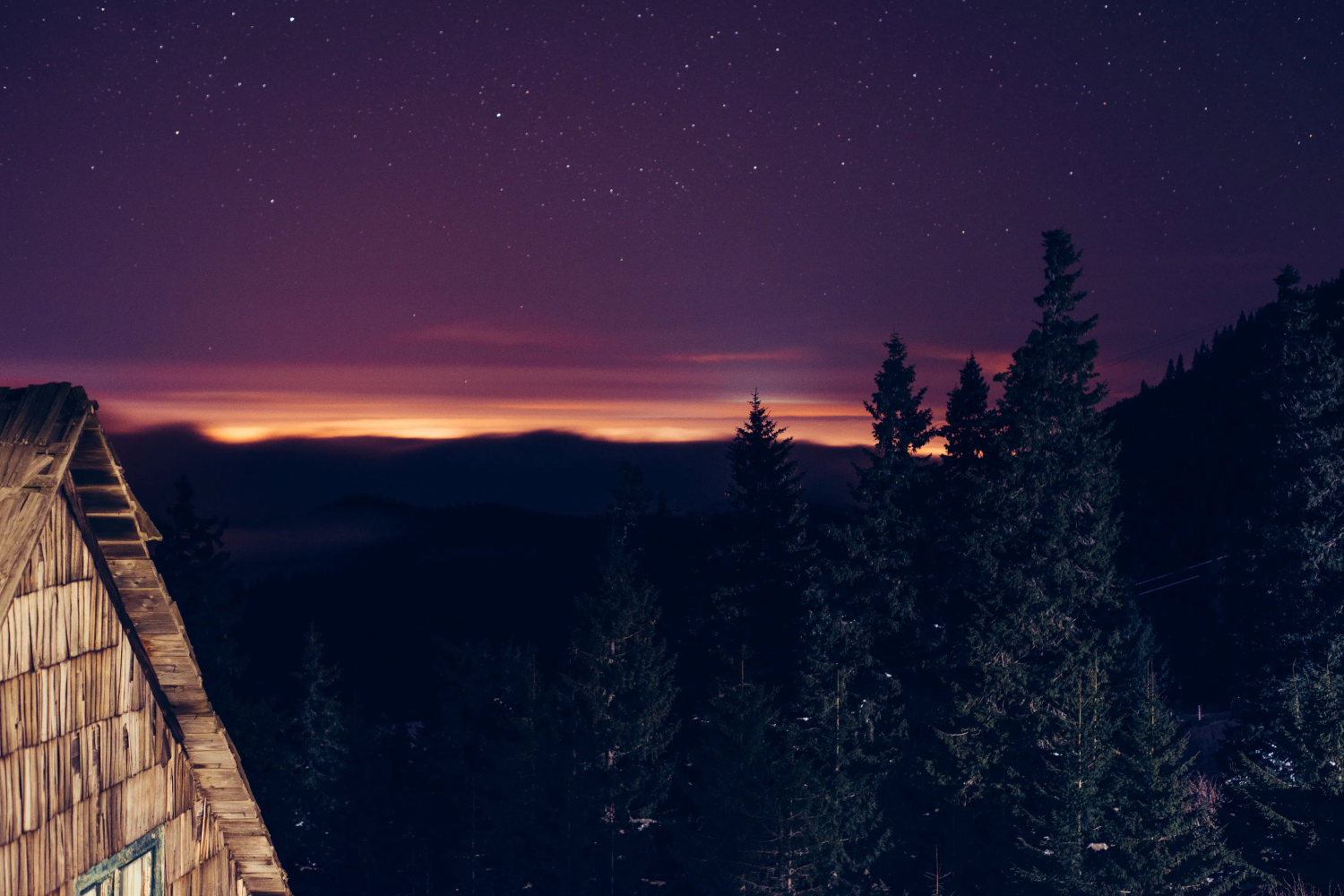 What happens when a German photographer intern joins High Contrast?

But first of all, let me introduce myself. I am a German student and photographer, passionate about art, culture and digital technologies. While studying International Management, I’m doing a 3 months internship at High Contrast, so I'll be living in Brasov, Romania, just half an hour away from the famous Bran Castle, home of the title character in Bram Stoker’s Dracula.

After setting up all my accounts, I noticed right away that the creative people of High Contrast are very friendly and not so much Vampires/Dracula-like.

I was stoked to hear that this Monday the High Contrast team was going on a trip to Postavaru massif. The enthusiasm was there, what we needed next was the right equipment. iPhones fully charged, 3 cameras, one GoPro and a tripod, hot tea and some alcoholic magic potion I shouldn’t be talking about.

Looks like these guys take work pretty serious so we left Brasov only after the last laptop was shut off and we started our walk uphill when it was already dark. "Don’t worry, it’s only wolves and bears around", is what they were saying.

Walking up the very slippery slope, I could not help myself but look up to the spectacular sky, where every star no matter how tiny, was perfectly visible.

Apparently, there are people that can run up the mountain in about 25 minutes. Well, I think they are missing all the fun 🙂

As a group of 10, we did a lot of stops to take photos and sip a bit of the homemade plum booze Tudor brought. It took us about two hours but the trip is more important than the destination isn't it?

Just arrived at the Julius Römer Hütte (Germans are everywhere haha), the owners told us that there wouldn't be enough food because the chalet was a little more busy than usually since Tuesday was a national holiday and a lot of people came to have fun at Romania’s most popular ski resort.

After 20 minutes, the huge table was packed with meat, “slanina”, smoked sausages, cooked rice, pickles, homemade bread, and the amazing “zacusca” which you have to taste to understand. I’ve had no idea how bad a Romanian food crisis on top of a mountain looks like!

During dinner, still the only foreigner, High Contrast creatives adapted with some games, but not the usual high school drinking games, but a remix called “internationalization” where the rules are simple: anyone that spoke Romanian needed to take a sip of the schnapps. I thought this game would emerge to my absolute advantage, but of course there was an extra rule for me, so I couldn't say yes or no, else I’d have to drink the schnapps. I can’t remember who won 🙂

Time passed and suddenly we’ve been the last ones in the dining room, so it was clear that our party should continue in our rooms, where we ended up with a truly philosophical talk about different concepts that we tried to analyze, understand and debate. Suddenly it was 4 a.m. in the morning. Taking a last look at the city lights, we have been able to hear some wolves howling, not too far from the chalet. Time to get some sleep.

After about three hours of sleep,  we woke up to an amazing sea of clouds and a spectacular sunrise, that you can witness in the photos below.

The downhill walk only took us about 30 minutes, still slower than the crazy ones that run the slopes uphill. Arrived at home, exhausted and happy about my awesome first and a half day of „work“, I started thinking that this must be the different view, from the High Contrast tagline. 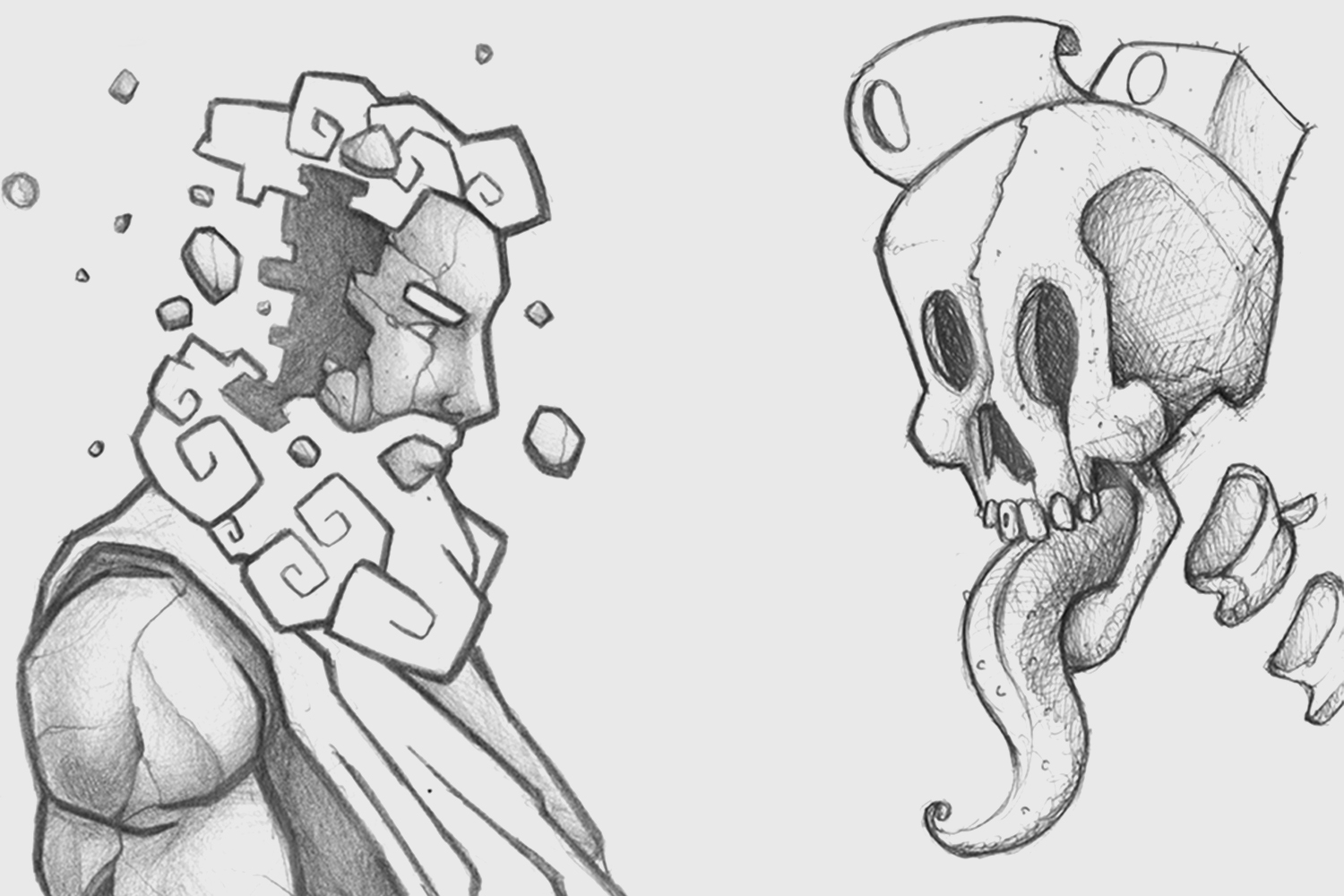 What designers (really) do during creative meetings

We confess. During not-so-creative-meetings, we often take a serious wise look, we approve by shaking our head and pretend to write something very important in our Moleskine notebooks. But you can try to guess what we are actually doing.

You might be familiar with the doodles, the flowers, the mazes, the stars or the random lines which are usually drawn during meetings. We are all doing it, no matter how captivating is the discussion or how stiff is the client. It doesn’t matter if we are designers, copywriters or account managers, we are all becoming artists during endless meetings. Maybe it’s because it helps us focus on a subject, or because we have too much energy that we don’t want to waste.

What is important to know is that's nothing wrong in doodling your mind. Experts agree that doodling helps us think through a problem and that awesome ideas might come while we scribble when we listen to something else. And it’s definitely more polite to draw than to play on your phone or answer emails during meetings.

Our designers do it differently

High Contrast designers are taking doodling to another level. No more pointless lines, no more chaotic circles or minimalist icons. Not a single piece of paper is wasted (we are an eco-friendly agency, by the way). So take a look at these "doodles" drawn by our designers, Bogdan and Gabriel, during brainstorming sessions, skype meetings with clients or (very productive) internal meetings.

Drawing during meetings helps me keep my mind focused and it's a great way to remain in a creative state of mind. Sometimes, my doodle characters are inspired by the conversations, but most of the time I just randomly draw my subconscious reality.

What do monsters and superheroes have to do with High Contrast interactive projects? We don't know. But we love browsing through these doodles from time to time, trying to make connections with the meetings we had.

We will keep track of our doodles & drawings on our Instagram account. Follow us to see what else can cross our minds during meetings and for more "life at High Contrast" images and insights. Do you like what our designers are doodling? Imagine what we could do for your project. Hire us now!

We use cookies for website functionality and to give you a personalized experience on High Contrast. By continuing the navigation, you agree.
Find out more I agree